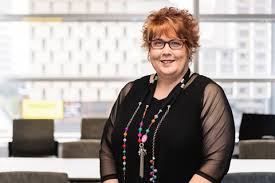 Linda holds a Bachelor of Laws, Graduate Diploma in Legal Practice and a Graduate Certificate in Education (Higher). She is a Nationally Accredited Mediator and an Accredited Family Dispute Resolution Practitioner.

Linda has trained mediators since 1996, working for Griffith University, QUT and Bond as a lecturer and co-ordinator of courses. Linda has held the position of Co-Director of the Bond Dispute Resolution Centre from 2012 – 2015 and is presently Practice Leader: Dispute Resolution Programs, College of Law (Australia).

Linda has published articles and presents regularly nationally and internationally on dispute resolution and, in particular, family mediation.

In 2016 Linda was elected as Director of the Mediation Standards Board.

Linda has been a Panel Mediator with Clark & Associates since 2019.